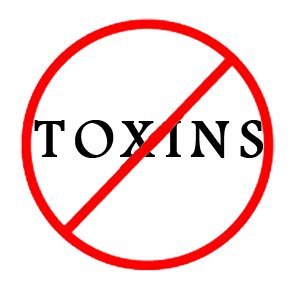 Can our clothing cause cancer ? - by Michelle Havill

Posted on 15th May 2019 at 16:57
Can our clothing cause cancer ? Your chemical-laced clothing
In a recent study commissioned by Greenpeace International, several major clothing brands were found guilty of using nonylphenol ethoxylates (NPEs) in the manufacturing process. This chemical breaks down into toxic nonylphenol (NP), which has hormone-disrupting properties that persist over time and can be hazardous even at low levels, so the question is can our clothing cause cancer?
The clothing brands tested included 14 leading brands like Calvin Klein, Abercrombie & Fitch, Adidas, Ralph Lauren, Nike, and H&M. The clothing articles that were tested were manufactured in at least 13 different countries. Greenpeace used an independent laboratory to test for the presence of NPEs. Of the 78 articles tested, a full two-thirds (52 items) tested positive for NPEs higher than the regulated limit of detection (1 milligram NPEs/kilogram material).
NPE is actually banned from use in textile production in a lot of countries, including those in the European Union, but regulations are lax in most Asian countries where a lot of global clothing brands source their products. The chemical is most commonly used in the dyeing process.
The fact that NPEs were detected in the fabrics proved they were used during production. And if they were used in production, there's a good chance they were released into the environment where they're unable to fully break down.
To make it worse global exports deliver clothing with residual NPEs to markets where those chemicals are banned in clothing manufacture. Worse, washing these clothing items releases NPEs into water treatment facilities unequipped to handle them. "Treatment" at those facilities generally only speeds up the breakdown of NPEs into toxic NPs. Those NPs end up in aquatic systems, build up in the food chain (fish, for instance), and then come back to us.
We know for sure that this increase of hormonal build up released by chemicals in our environment taxes our bodies in major ways. It may be having an immediate effect on our children, and especially on young girls. Puberty for girls used to begin around age 15 or 16 over a hundred years ago. Now, it starts as early as age nine. The average age of menopause has also been adjusted — now it's ten to 15 years later than it used to be.
The reasons for ever-earlier puberty are not known for sure. It's a controversial topic. But NPEs may be a factor.
Not only does early onset of puberty increase a woman's number of fertile years, it increases her chances of breast cancer.
This dye cannot be washed out of fabric and is easily absorbed into human skin. With long-term exposure, it can cause cancer.
Wearing scented chemicals can damage your health
The health risks of clothing don't stop in the manufacturing process. Depending on the laundry products you use, you may be coating your clothes with even more cancer-causing chemicals.
We at Babiroo have created a collection of beautiful, sustainable Organic Egyptian Cotton Baby Essentials:
Sustained exposure to the chemicals from dryer sheets and liquid fabric softener may very well have a toxic effect. Both products contain benzyl acetate (linked to pancreatic cancer), limonene (a known carcinogen), and chloroform (a neurotoxin and carcinogen).
Fabric softeners in particular are designed to stay in your clothes for an extended period of time. This means those chemicals gradually seep out and are either inhaled or get absorbed directly through the skin.
Just the fragrance chemicals alone in these products are extremely toxic, known to cause liver damage and cancer in mammals. These things are only approved for consumer use because the FDA considers them cosmetic products — on the same level with shampoo, deodorants, and creams. The agency claims there are no health risks because those chemicals aren't absorbed through the skin. Our skin is the biggest organ.
If you depend on these government agencies to look out for you, make sure your insurance is paid up — health and life — because you will need it. The agencies mostly function to reassure the public that the products of industry are just fine — so you don't look into the matter too closely yourself.
Natural ways to keep poisonous chemicals out of your clothes
What we know for sure is that the skin is our largest organ. Our bodies drink in anything we put on it, including chemicals that linger on and in our clothing.
A lot of factors are contributing to this poison problem in our clothes, from lax regulation in the clothing manufacturing process to lack of education regarding laundry products. But at least there are a few things we can do about it.
As far as avoiding clothes that were mixed with toxins in the manufacturing process, your best bet is to buy organic clothing.We at Babiroo have created a collection of beautiful, sustainable Organic Egyptian Cotton Baby Essentials:
And the laundry product issue is really a good reminder not to focus all our attention on pollution from cars and industry. A lot of it happens right in our own homes.
On the brighter side, plenty of "green" companies are now coming out with safer fabric softeners. Seventh Generation and Ecover both have options that rely on vegetable products and natural essential oils. There's also Maddocks' Static Eliminator, a non-toxic, hypoallergenic reusable dryer sheet made out of a proprietary, chemical-free poly nylon.
Another great alternative to the laundry product problem is to use "homemade" fabric softener. National Geographic's Green Guide recommends adding either a quarter cup of baking soda or a quarter cup of white vinegar to the wash cycle. Either one will soften clothes, while the latter will also address static cling (but don't mix either one with bleach since the resulting chemical reactions could cause noxious fumes).
Love Babiroo x
Share this post: